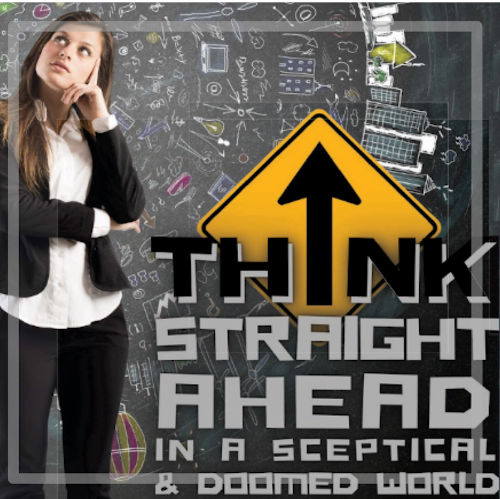 Snakes are deeply disconcerting. Not because I have some innate prejudice against reptiles or deeply visceral reaction when confronting serpentine issues. It’s because thanks to St Patrick, and the snake free life I enjoyed until moving here, I have no clue which are safe to cuddle, and which can kill me simply by looking in my direction. I think I know a tree snake from red-bellied black, but to be honest, I wouldn’t want you to take my word for it. Nor, come to think of it, would I take my own word for it. Perhaps you can begin to see why camping isn’t top of my list of ‘Things I love doing’, why I do everything I can to avoid long grass and why I find the bitumen and concrete of the city streets deeply reassuring. When it comes to snakes, I have absolutely no idea. Which is where I think most Christians are when it comes to false teaching. Now I know there are a tiny minority of people who are always on the lookout for the slightest deviation from orthodoxy. But to be honest, I think those people are few and far between. For most of us, the problem isn’t that we’re too uptight – it’s that we are far too gullible. More and more people out there may believe in nothing – the problem is that we’ll believe in anything. Which is why 2 Peter 2 is such an important chapter. Not least for those of us here at MPC. For we need to be able to spot false teaching. At the start of 2 Peter 2, we read this: But there were also false prophets among the people, just as there will be false teachers among you. They will secretly introduce destructive heresies,… In the Old Testament, there were no shortage of false prophets. According to NT, we can expect the pattern to continue. In Matthew 24, Jesus himself had said that this is what we can expect between his comings – Matt 24:11 And many false prophets will arise and lead many astray. Now Peter picks up Jesus’ teaching and applies it to the churches in Asia Minor, for whom it is clearly a live issue. Since he wrote 1 Peter, these churches have gone off the rails because of exactly the kind of guys that Jesus had warned them about. Home-grown false teachers whose corrosive is eating away at the heart of the church. In this chapter, Peter calls them out. And as he does it, he gives us a brilliant four step guide – here’s how to spot false teachers. Unusually, our focus today isn’t on ourselves as we seek to live for Christ, but on those who teach and lead us. That’s because their impact and influence is so crucial that we’re all called to watch them carefully: so first up, Peter says we need to pay very close attention to their message.

HOW TO SPOT FALSE TEACHERS

The first reason is because men (or women) like this have such a damaging impact on the life of the church. People like this drag the reputation of the church through the mud (verse 2). Τheir hypocrisy is not hard to spot as we’ve seen. According to verse 17, These people are springs without water and mists driven by a storm. False teachers do real damage, especially to new believers- they promise much but deliver nothing – it may look like a storm is coming to bring refreshing, but by the time the mist reaches us, nothing! They woo people away from God and his truth to empty lies. This really matters. When it comes to teaching in the church, it really cannot be a case of ‘anything goes’. The truth is at stake. People’s lives are at stake. This is not a game. So let me urge you to commit yourselves this second and for the rest of your lives of living with your mind switched on, with a humble, prayerful but steely resolve to do everything in your power to ensure that those who teach and what they teach is thoroughly gospel-shaped, and biblical to the core. This for me is, in part at least, why creeds and confessions are so important. They provide a bulwark against false teaching, and give us boundaries to live safely within. Because the alternative is to allow precious brothers and sisters to be dangerously damaged. So let’s take seriously the impact of false teaching. And more than that, let’s make sure that we are in no doubt about their destiny. The part of the passage that we have barely touched on yet is verses 4-10. After the statement in verse 3 that their condemnation has long been hanging over them, and their destruction has not been sleeping. … in other words, judgement is coming, Peter then gives three examples of God’s judgement that took a while, but was dreadfully decisive. The first is the trickiest. You can see it in verse 4: For if God did not spare angels when they sinned, but sent them to hell, putting them in chains of darkness to be held for judgement; It’s not entirely clear what Peter is talking about: (i) it could be an incident alluded to but not described in Scripture like the Fall of Satan (ii) it could be picking up an illustration from some 2nd Temple Jewish writings (like 1 Enoch) (iii) it could be talking about Genesis 6:1-4. There is much discussion about this, and given the fact I’m not convinced that Genesis 6 is talking about angels, I think the second option is the most likely. But in any case, the point is clear. God judged these angels. The second incident is more straightforward: if he did not spare the ancient world when he brought the flood on its ungodly people, but protected Noah, a preacher of righteousness, and seven others; God judged the world in Noah’s day, rescuing only him and his family. The third example is that of Sodom and Gomorrah: 6 if he condemned the cities of Sodom and Gomorrah by burning them to ashes, and made them an example of what is going to happen to the ungodly; ֹ God judged the world in Sodom’s day, and, verses 7-8, rescued only Abram’s nephew, Lot. Even if the details are a little tricky, the overall sense is very clear – God will act in salvation and judgement – and the false teachers will have a heavy price to pay – in the words of verse 12, But these people blaspheme in matters they do not understand. They are like unreasoning animals, creatures of instinct, born only to be caught and destroyed, and like animals they too will perish. Peter is adamant that the very salvation of these false teachers is at stake. Even though they have emerged from the church, and sounded like they were Christians, their actions have made a very different statement. At which point he says this: 20 If they have escaped the corruption of the world by knowing our Lord and Savior Jesus Christ and are again entangled in it and are overcome, they are worse off at the end than they were at the beginning. 21 It would have been better for them not to have known the way of righteousness, than to have known it and then to turn their backs on the sacred command that was passed on to them. 22 Of them the proverbs are true: “A dog returns to its vomit,” and, “A sow that is washed returns to her wallowing in the mud.” Calvin colourfully comments ‘The gospel is a medicine that purges us as a wholesome emetic, but there are many dogs who swallow again what they have brought up to their own ruin.’ This isn’t really about whether someone can lose their salvation. Peter’s point is that when people who have appeared to all intents and purposes to have understood and embraced the gospel find a role as teachers, and teach a very different gospel to the one which was passed on to them, they actually display that they didn’t get the gospel in the first place. The damage that they then cause both to themselves and to the church itself, means that it very, very unlikely that they humble themselves and repent. Please don’t miss this: false teachers will be judged by God for what they have done to his church.

These are sobering words. They remind us that what we’re doing here as a church family isn’t a game. It’s about life and death. The gospel is about judgement and salvation. I think these words bring a deep discomfort to our innate desire to keep things lite n easy. And it should move us to pray for our leaders – and ourselves. JC Ryle once wrote these words:

You live in a world where your soul is in constant danger. Enemies are around you on every side. Your own heart is deceitful. Bad examples are numerous. Satan is always labouring to lead you astray. Above all false doctrine and false teachers of every kind abound. This is your great danger. To be safe, you must be well-armed. You must provide yourself with the weapons which God has given you for your help. You must store your mind with Scripture. This is to be well-armed. Arm yourself with a thorough knowledge of the word of God… Neglect your Bible and nothing that I know of can prevent you from error if a plausible advocate of false teaching should happen to meet you… You are the man that is unlikely to become established in the truth. I shall not be surprised to hear that you are troubled with doubts and questions about assurance, grace, faith, perseverance etc… I shall not wonder if I am told that you have problems in your marriage, problems with your children, problems about the company you keep… The world you steer through is full of rocks, shoals and sandbanks. You are not sufficiently familiar with either lighthouses or charts… . You are the man who is likely to be carried away by some false teachers for a time. It will not surprise me if I hear that one of these clever eloquent men who can make a convincing presentation is leading you into error. You are in need of ballast (truth); no wonder you are tossed to and fro like a cork on the waves. All these are uncomfortable situations. I want you to escape them all. Take the advice I offer you today. Do not merely read your Bible a little-but read it a great deal. . . . Remember your many enemies. Be armed!

Please do not think that truth doesn’t matter. Please don’t think that character doesn’t matter. Because they do. Our message, methods, motives and morals all matter, especially if we teach or lead. That’s why as we tremble at this frightening reality, all we can do is throw ourselves once more on Jesus, the one who is the way, the truth and the life. the one who is full of grace and truth, the one who is the author and perfecter of our faith, The one who goes before, and stands above and behind all other teachers. The one who insists we do not settle for less than the real deal, because he himself is the real deal. The one who has given us all that we need for life and godliness. Let’s come to him as we pray.