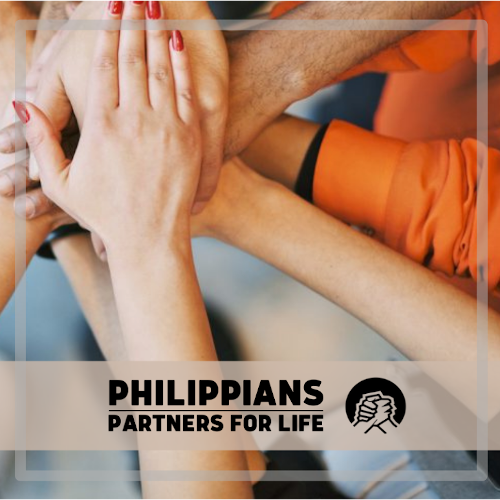 Focus on the Future

Jeremy and Aneela have recently welcomed their new baby girl, Juliet. Others in the church are expecting. Like Sam and Bek, Andy and Chrissie. Mitch and Georgina. For them the big day, the new arrival, lies in the future. Now if you ask them the due date they’ll tell you straight off. They’ve rung the date in the calendar. They’ve marked it in their minds. They’re counting down the months, weeks, days. They’re focused on that future event. And so. They’re getting the gear from Ikea. Making the nest ready. Reading parenting books. Eating nutritionally. Buying wondersuits. Stocking up on nappies. The baby is coming. And that future shapes their present. The not yet drives the now. Well, God wants us to focus on the future. On the big day ahead. The arrival of jesus. Paul’s taught in this letter that followers of Jesus are gospel partners. And Heavenly citizens. Who are called to stand firm. Chapter 4 verse 1. Which wraps up the central section of the letter. That runs from chapter 1 verse 27. Where they’re also called to stand firm. Which isn’t inactivity. It’s standing in the sense that we’re grounded in and on the gospel. With a one track gospel mindedness. Paul appeals for that mature mindset in verse 15. Though it’s easily missed. The word for ‘view’ or ‘think’ is the same word used elsewhere in the letter for ‘mind’. Verse 15. 3:15 “All of us who are mature should take such a view of things [should be like-minded]. And if on some point [you’re other minded], [Paul expects] God will [change your mind].” Now if checking out Jesus, and investigating Christianity. We’re glad you’re here. We’d love to hear your thoughts. And questions. And just so we’re above board. Our hope and prayer, is that God, through His Word, will change your mind about Jesus. We don’t want to push ..or pull. We hope you’re persuaded.

1. FOCUS ON THE FUTURE

2. INVEST THE FUTURE IN THE PRESENT

Though then we need to ask. what’s the future got to do with the present? What difference, if any, will the then make to the now? To your and my everyday existence. The answer is everything. Our society encourages us to invest in the present for the future. Equities, properties, superannuation. Invest now for a rainy day. And there’s wisdom in that. Though, in a real sense, Jesus’ return turns that mindset on it’s head. ‘Cos heavenly citizens should invest the future in the present. That’s the second point. invest the future in the present. Of which Paul is a model example. You see, knowing the future won’t make for a cruisy Christianity. A laid back, low cost, easy going Christianity. Christianity lite. No. Knowing the future makes for a sweaty Christianity. It translates into cost, commitment, effort. Paul speaks in verse 12 of ‘pressing on’. ‘straining towards’, verse 13. ‘press on towards’, verse 14. Words that are all athletic. We love the winter Olympics. And summer Olympics. Cheering on Jakara Anthony, or Emma McKeon, or Usain Bolt. Athletes who give their all. Every sinew, every muscle straining, stretching onward, forward to the finish line. The words ‘pressing’, ‘straining’, speak of strenous and energetic activity. This is a heart pumping, sweat dripping Christianity. Not in a sporty way, but in a spiritual way. In our mindset. The desires and ambitions of our hearts. The work of our hands. The words of our mouth. We’re encouraging everyone on Sundays to speak to each other about ‘one thing’ that hit home from God’s Word, or ‘one thing’ we’re going to do as a result. Well, here is Paul the apostle’s one thing. Verse 13. 3:13-14 “[I’ve not] yet [attained or] taken hold of [the resurrection from the dead]. But one thing I do: forgetting what is behind [I] strain towards what is ahead, I [verse 14] press on [I sweat] toward the [glorious] goal the prize [of the resurrection from the dead.]” Like those race horses who wear blinkers. So they’ll run straight without distractions. Like athletes who fix their eyes on the prize. So they persevere and press on, they give their best and give their all. So we need to keep our eyes on the finish line. Don’t shift our gaze. Don’t be distracted. 3:13 “[forget] what is behind [strain] toward what’s ahead ” You can’t drive forward looking in the rear view mirror. Which isn’t a once off. The phrases ‘forgetting’ and ‘straining’ are in the present continuous tense. It’s an everyday, all day, week in, week out, Paul’s whole present is shaped by the future. An Olympic athlete is disciplined. They rise early. Train hard. Eat carefully. For four years they make sacrifices. Ask them why? What’s all the work for? And they’d answer. ‘To stand on the podium. To wear a medal.’ The future shapes the present. You invest the future in the present. Their medal is by no means guaranteed. But our prize is. ‘Cos Jesus won for us. Which is one way to live. For Paul, there’s only two ways to live. On the one hand, verse 17, Paul urges. 3:17 “Join together in following my example, and just as you have us as a model, keep your eyes on those who live as we do.” Paul encourages them to emulate him, the apostles and others in being sweaty Christians. Pressing, straining, pushing. In as much as Paul, the apostles and others follow Christ, in such they are examples to follow. Remember, last week, Paul was a religious rock star. The poster boy of Jewish religion. Chapter 3 verse 4 unpacks his religious CV. Circumcised. Member of Israel. Tribe of Benjamin. True blue Jew. He knew the law. Kept the law. Was zealous in the extreme. And yet he left all that behind. He considers it garbage, rubbish, when compared to the surpassing greatness of knowing Christ Jesus. He’s now confident in Christ, His atoning death, His victorious resurrection. That’s where Paul’s confidence rests. And so he can; 3:13 “[forget] what is behind and [strain] towards what is ahead ” Partnering in the gospel. Proclaiming the gospel. Advancing the gospel. Now, that’s the one way to live. Living with Jesus as your King. Living in the light of His return. The other way to live? And this isn’t easy for me to say. But god sees only two groups. You’re either His friend or His enemy. Verse 18. 3:18 “I have often told you before and now tell you again even with tears, many live as enemies of the cross [enemies] of Christ.” These were religious guys. Respected. Outwardly good. Though their hearts were hardened to Jesus. They peddled goodness, not gospel. Their way of living denied the power of the cross. Verse 19. Their ‘end’ is damnation. Their ‘god’ is selfish cravings. Their ‘pride’ is actually to their shame. Their mindset is worldly, they’re set on earthly things. ‘Good’ guys go to hell. ‘Cos God says no one is good. The good news is: Bad guys who are forgiven are citizens of heaven. Either you’re trusting Jesus as King, or you’re not. Either you’re living for Jesus, or you’re not. Either you’re friends with God, or you’re enemies. Denying Christ and him crucified. Two examples. Two patterns. Two ways to live. The contrast can’t be more stark. And the consequences more different. Either resurrection to eternal life. Or a destiny of eternal destruction.

Ok. Two truths to take home. Focus on the future. Invest that future in the present. Now in your minds, open up your calendar. We don’t know the due date. But on the top of your calendar write ‘Jesus will return.’ And then, ring that truth. Ring it in your heart, and in your head. Because on that day. The risen Jesus will raise our lowly lifeless bodies. And transform them. I have a wonderful mother-in-law. And I’m grateful to Annamarie for passing on four things. She passed on her good looks to her daughter. She passed on Jesus to her daughter. She passed on her daughter to me. And from time to time, she passes on words of encouragement. Last week she passed on something she’d read. A quote from Paul Kauffman. Who says; ‘Tomorrow’s history has already been written – at the name of Jesus, every knee must bow.’ The future IS guaranteed. For we who know Jesus glory is a given. The prize secure. So may I ask; Where are you in the race? I take it no one has finished. ‘Cos you’re here. Still breathing. So there’s really only two groups. Only two ways to live. On the one hand, there’s those who’ve never started the race. That might be you. You’re here checking out Jesus. Please keep coming. Now I’d guess you might be a really nice person. Kind, sincere, good. At least in your eyes. Perhaps others. But, until you trust Jesus, God sees you as His enemy. ‘Cos, like all of us at one time, you’re relying on being ‘good’ to get to Heaven. Which simply ignores and rejects what Christ did on the cross. The rest of us, in the past, have been where you are now. Though, at some point, we were taken hold of by Jesus. And we would honestly love to see you too become God’s friend. God forgives anyone. I know, He forgave me. So, may I invite you to join the race. God freely offers you a passport to Heaven. No cost. At least, not to you. ‘Cos Jesus paid the price. Dying for your sin so you don’t have to. By simply trusting Jesus. We join God’s family. And enter the race. Trust Jesus and you automatically share in the victory He won at the cross. You’re forgiven, once and for all. Glory awaits. The benefits of knowing Jesus are literally out of this world. An eternity spent in perfect happiness enjoying God, each other and the new creation. If you’ve never started, why not trust Jesus today? You could chat to someone here that you know knows Jesus. Or chat to me. Or Hamish. Or Sam. On the other hand, there’s another group. Those already running the race. And heading for heaven. If that’s you perhaps it’d be good for each of us to honestly assess how we’re doing when it comes to actively, strenuously investing? How does future glory shape our everyday priorities and activities? How does the then drive you in the now? There’s much in this church family that makes me want to follow your example as you follow Christ. ‘Cos among us, there are Pauls, Timothys and Epaphroditus’, who are investing the future in the present. Serving practically. Mentoring someone. Teaching the Bible. In schools, or in the home. Praying fervently. Working or studying with integrity and honesty. Loving the unloved. Giving reason for hope. Showing hospitality. Bearing other’s burdens. Sharing Jesus and His love. investing the future in the present. Though perhaps, and I don’t presume to know. Perhaps you’ve stopped straining and you’re struggling. Amidst the bright lights of the world you’ve been distracted. In some way, however big or small, you’ve taken a detour. Worldly ambition and worldly possessions, they’ve caught your eye. And taken you off track. Maybe you’ve grown weary. Enthusiasm has waned. Maybe you’ve stumbled and fell. You’re on the sidelines. Immersed in the world. And seemingly detached from Jesus. If that’s any of us, may God gently rebuke us, and encourage us, to get back in the race. Don’t look back at your own efforts. Or look around and be distracted. Look back to the cross. Look to Jesus. And on that basis, look forward to ‘this’. The goal, the prize, the destiny, our future. The glorious resurrection from the dead. Look forward and invest the future in the present. press on. The prize awaits. ‘Now I belong to Jesus, Jesus belongs to me. Not for the years of time alone, but for eternity.’ Amen.