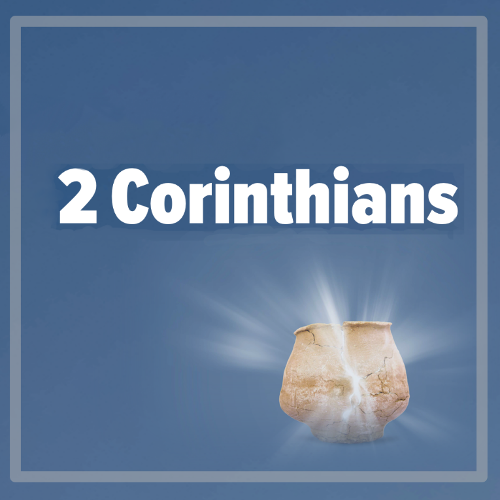 Up to the Task?

So far in 2nd Corinthians, Paul has focused on assuring the Corinthians that God works in the mess, and that they can still trust him even if he had to change his travel plans, because he has always focused on copying Jesus. But now as we get to the end of chapter 2, Paul moves on from trying to smooth things over with the church family in Corinth, to reminding them of the glorious fact that God actually is committed to doing stuff through weak people like us. God works through his complicated, messed-up, inconsistent, long way short of perfect people. God works through his church. We are not perfect, but God is working through us. Which is why he in 2:14, he starts talking about a parade, as he points out the first way in which God works through his church. His point isn’t complicated. It’s that..

GOD SPEAKS THROUGH US WHEN WE SPEAK THE GOSPEL

GOD CHANGES PEOPLE THROUGH THE GOSPEL

GOD REVEALS HIS GLORY THROUGH THE GOSPEL

Listen to what Paul says – 3:12 Since we have such a hope – that God speaks and changes people through the gospel-, we are very bold. Because we have this solid hope that God has changed us and will change us and others through the gospel, we keep speaking – and we do so frankly, openly. The word is the same one used right at the end of Acts, where Paul is happily preaching the gospel to all and sundry in Rome without any restriction – and in particular, without any veil to stop people seeing the reflected glory of God. Verse 13 is a little tricky: but the point is clear: our ministry is not like that of Moses, We are not like Moses, who would put a veil over his face to prevent the Israelites from seeing the end of what was passing away.. Moses’ veil was to prevent people seeing not just Moses’ own face, but the glory of God which made his face glow. We don’t have to wear a mask, because now God works to reveal his glory in the gospel. Despite all the positive things we could say about Moses’ ministry, it led to people’s minds being hardened, not transformed. And even today, says Paul, this is what is played out when Moses’ words are read without reference to Jesus But their minds were made dull, for to this day the same veil remains when the old covenant is read. It has not been removed, because only in Christ is it taken away. 15 Even to this day when Moses is read, a veil covers their hearts. But what happens when we speak the gospel? God works to reveal his glory to people like us in a way that would have blown even Moses’ mind! Back in Exodus the veil meant the glory shining from Moses’ face didn’t have any effect – now the veil is rendered useless, and we get to gaze on the splendour and majesty of God himself in the Lord Jesus Christ. Glory is a small word which carries huge significance. It is all the Godness of God packed in to two syllables – and Oh I hope you can see this – the ministry which God gives to us is one in which people like us get to see the glory of the Father in the face of the Son through the Spirit. Whenever anyone turns to the Lord, the veil is removed. God reveals his glory through the gospel. And that’s exactly what Paul says in the last two verses of the chapter: 17 Now the Lord is the Spirit… Paul is saying that it was actually God the Spirit who was doing the revealing at Sinai – and where the Spirit of the Lord is, there is freedom. The Spirit is the one who shows people God’s glory – and now, in these new covenant days, it is the Spirit who removes veils – 18 And we all, who with unveiled faces contemplate the Lord’s glory, are being transformed into his image with ever-increasing glory, which comes from the Lord, who is the Spirit. One writer sums up what Paul is saying beautifully: ‘Unveiled hearts allow the message to be heard, understood and responded to. Unveiled faces have open access to God’s presence and thus are contemplating the glory of the Lord as they are in a constant process of transformation by the Spirit.’ What Paul says here about what he does through people like us is staggering. First, God reveals his glory in Christ through the gospel. Have you got that? When we speak about Jesus, God works by the Spirit to show people how stunningly gloriously beautiful he is. And there is nothing better, nothing more satisfying, nothing more important to see in the universe than this. When we speak the gospel, when we teach the Bible, this is what’s going on. God is revealing himself in Christ -and that should be more than enough to re-energise us, and sober us, and excite us, whether we are struggling to get 17 unruly kids to engage with God’s word, or stumbling our way through a home group on a bad night, or standing in front of God’s gathered people, This is what’s happening – God is revealing himself through the gospel. And as he does that.. The second staggering thing in verse 18 is that God is transforming us by observation. According to Paul, as we gaze at the image of Christ, we become like him, until that day when we shall be like him, and shall see him as he is. Now at one level, I wish I could change my physical appearance just by staring really hard at someone with more hair, a smaller nose and ears with less character, but sadly, I can tell you, it doesn’t work like that – unless we are gazing at the Lord Jesus Christ himself in all his glory. When we stare at him, it rubs off. To use Paul’s phrase, we are transformed gradually but dramatically even as we speak – we are being transformed into his image with ever-increasing glory, Through the ministry which God has given us, God reveals his glory to us, and changes us through exposure to this glory.

So hands up, which of is worthy to share in a ministry like this? A ministry which involves the God of the universe speaking to people through the gospel, changing people through the gospel, revealing his glory through the gospel in a way which remakes us in the image of Christ – who is sufficient for a new covenant ministry like this? Am I? Are you? Oh yes we are: 5 Not that we are sufficient in ourselves to claim anything as coming from us, but our sufficiency is from God, 6 who has made us sufficient to be ministers of a new covenant, not of the letter but of the Spirit. For the letter kills, but the Spirit gives life. God has spoken – who are we to argue? So in our weakness, our insecurity, our hypocrisy, our brokenness, let’s get on with it, and take this life-giving, glory-revealing, heart-changing gospel to a world which desperately needs in, in the strength which our God supplies, for the glory of the Lord Jesus.