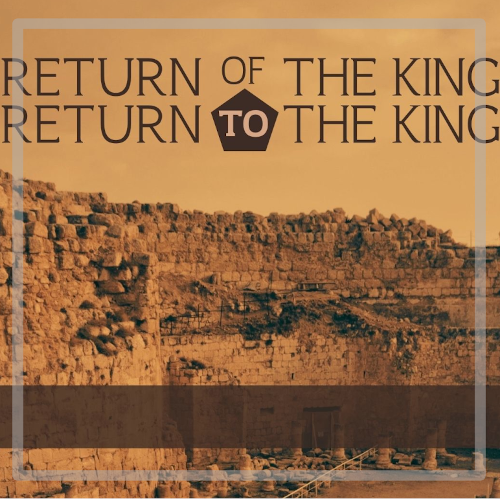 A Call to Return

‘And now for something completely different… ‘ The catchphrase of the anarchic and ground breaking 1970s British comedy show Monty Python’s Flying Circus is actually a pretty good introduction to the book of Zechariah. For it’s different. Very different. But then books written by prophets generally were. Throughout Israel’s history, God sporadically sent his spokesmen, guys we call prophets, to break the silence and to break through his people’s reluctance to listen to shock, surprise and woo his people – to call them back to him. And sometimes, it took a lot. That’s why prophetic books tend to be a bit different. Out there even. Prophets tend to do and say and experience strange things. They see and paint vivid pictures. They act out painful messages. They speak searingly and poetically and dramatically. Mostly, they take words that God has already say and apply them to RIGHT NOW. Sometimes, they fill out more of God’s stunning, all-conquering plan. And they always do it with style. In the prophetic books, God speaks at full volume to a world which desperately needs to hear. In Zechariah, which I think is just about the most neglected book in the Bible, God speaks dramatically to his people at a moment when they are disillusioned, disappointed and generally fed up. The year is 520BC. 20 years earlier, some of God’s people had started to dribble back from 70 years exile in Babylon. But it’s fair to say that the novelty of coming back to the home of their ancestors to rebuild a once great kingdom has worn off. To be honest, life is a bit of a let-down. What has been called Judah has been renamed ‘Yehud’ by the Persians who now rule from Babylon, and reduced to an area of 55x65kms. It’s now too small to have a functional economy. The Jewish Calendar has been abolished for the Babylonian one. Those who have come from Babylon look down their noses at those who never left; those who never left are suspicious of the returnees who look and smell like Babylonians. All is not well. But as he has the wonderfully predictable habit of doing, Yahweh sends his man. Zech 1:1 In the eighth [Babylonian] month, in the second year of Darius, the word of the LORD came to the prophet Zechariah, the son of Berechiah, son of Iddo. Through this man Zechariah, a priest whose grandad Iddo was one of the original returnees according to Ezra, we hear the voice of God. 8 visions. 2 Oracles. Fourteen chapters. God’s word to people who are pretty hard pressed. Even a bit despondent. Who are on the back foot. Pretty unpopular in the community. Struggling with challenges – like riding out relational tensions, and finding new leaders, and having to survive financial pressure that wasn’t their fault, and to operate in premises which were less than ideal. Let’s hear God’s word to us, his people. This morning we’re going to look at Zechariah’s opening announcement in 1:1-6, which functions as an introduction to the whole book and then his first two visions in 1:7-17 and 1:18-21. We’re in for a quite a ride, as his message starts by calling us to…

1:18 Then I looked up, and there before me were four horns. 19 I asked the angel who was speaking to me, “What are these?” He answered me, “These are the horns that scattered Judah, Israel and Jerusalem.” Commentators have devoted lots of energy to working out what these horns are – animal horns? Musical horns? The horns from the altar? Scary steel-tipped pointy fighting horns? They’ve all been suggested. The explaining angel doesn’t really help us much – ‘Yes, they’re horns’ he says, and doesn’t add anything more other than to say that ‘they have scattered Judah, Israel and Jerusalem’. The language of scattering comes from Leviticus 26 and elsewhere, where God warned Israel that if they refused to listen to God and obey him, instead of enjoying the blessings of the covenant, they would feel the awful weight of the covenant curses, including being scattered among the nations. Which is exactly what happened. But what of the nations whom God used to do the scattering? Assyria, Babylon and the rest. Do they get off scot free? No they don’t. Haggai had already warned the nations that they could get what was coming to them – God says ‘I am about to shake the heavens and the earth, 22 and to overthrow the throne of kingdoms. I am about to destroy the strength of the kingdoms of the nations, and overthrow the chariots and their riders. And the horses and their riders shall go down, every one by the sword of his brother. Here, and in many other places, the nations get what they deserve. What’s so fascinating about Zechariah’s second vision is the way in which this happens. 20 Then the LORD showed me four craftsmen. [tradies] He answered, “These are the horns that scattered Judah so that no one could raise their head, but the craftsmen have come to terrify them and throw down these horns of the nations who lifted up their hornsa against the land of Judah to scatter its people.” How is God going to bring the nations to their knees? These four mighty horns will be brought down by four tradies! Carpenters to be more precise, but the point is that God will use these ordinary blokes to bring about his purposes in the world. He uses these tradies to bring salvation and judgment. It’s hard to avoid seeing the connection with Jesus here, isn’t it? Because in the Lord Jesus Christ, one who happened to be a tradie, a carpenter of all things, God brought about the reconciliation of the entire universe, bringing everything together under the beautiful rule of his son. Jesus’ message was that weak and broken people, sinful people, can find life and freedom and forgiveness in him. Jesus’ manner, his whole approach, was to walk in weakness, and in apparent foolishness, to shame the wise and to demonstrate for all time the love and power of God. And Jesus; method? He broke the powers of sin and darkness, of death and hell, by triumphing over them on a cross – the very symbol of weakness and shame and brokenness and curse. And yet in that single, unthinkable act of submission to death on a cross, Jesus broke the power of sin and death. This is how God works. He works like this in the run up to the cross, and on the cross, and this is how he works on this side of the cross. God uses the weak to shame the strong. It’s just the way he does things. Why? Because this is the way in which he ensures that his glory and honour are promoted in our world. Because this is how he makes sure that people get the message – both the message of life and the message of death – the message of salvation and judgment. It is our sovereign God who has so set things up that he will build his kingdom through us, as fools like us take the message of salvation and judgment to our world. That in and through our weakness and brokenness and the apparent foolishness of this message that every power and ideology and empire and movement will one day be brought to its knees before the Lord Jesus Christ. So what must we do? Bow before him.

So this is Zechariah’s God – the God who burns with anger against sin, and yet says return to me and I will return to you. Come home to me. The God who sends his angelic scouts ranging far and wide, even as he speaks comforting and gracious words to his people. The God who directs global history to enact his plans, and makes us gasp. The God who uses the weak to shame the strong. This is our God, the God and Father of the Lord Jesus Christ, the God of the gospel. This morning what are we to do as we step into this book and these visions? Simple – come back to him, wherever we’ve been. Gasp at his power and splendour. And bow down before him in gratitude and delight. Let’s pray together.