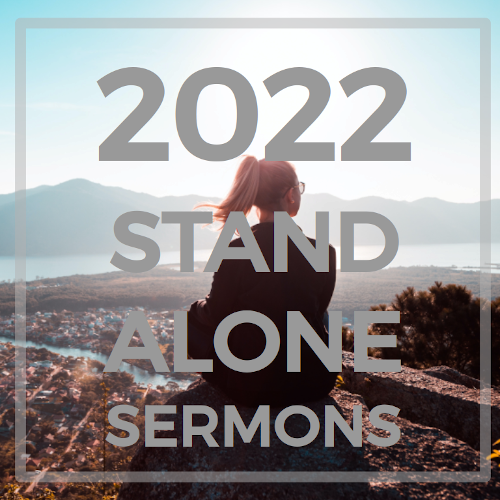 Have you heard of ‘FOMO’ … stands for Fear Of Missing Out. It’s the other epidemic sweeping our world at the moment. Everyone it seems is vulnerable to FOMO. Real Estate agents are making killing on the back of FOMO, they love it. But recently FOMO came a little closer to home. Recently there was a potential instance of FOMO in our own church office. I know, right? You see Ed Sheeran, a scruffy ranger with a guitar, is touring Australia next year. Get excited everyone! It is going to be HUGE! Almost as exciting as a Taylor Swift visit. Almost! Anyway the drama was that these highly prized tickets, these instigators of FOMO, were being released right in the middle of our weekly Monday staff meeting. One of our staff members, let’s call her Sarah, was desperate to get their hands on a couple of these coveted tickets. Permission was obtained, phones programmed and friends enlisted to make sure that FOMO didn’t become DOMO. That the Fear Of Missing Out didn’t morph into Disappointment Of Missing Out. DOMO! DOMO is actually worst than FOMO. It means all those fears have come true, FEARS become FACT. Well here is a warning. DOMO might be what you are tempted to feel as we take a look at our passage this Easter Sunday. Because as I read our passage there seems to be one very clear message… SEEING IS BELIEVING. And if seeing is believing when it comes to the resurrection of Jesus, How can we see? How can we believe? We have missed out because what we read in our passage is an historical, eyewitness account of an event 2000 years ago. The concert has been and gone and we didn’t get a ticket! What hope do we have if seeing is believing? And John’s theme is that Seeing is Believing! And it starts …

Most stories end at the tomb. But here at the tomb we have the start of that first Easter Sunday account. Mary, one of Jesus’ followers, is returning to the tomb. It’s early on the Sunday morning and still dark but not dark enough to stop her from seeing that the stone has been rolled away from the entrance of Jesus’ tomb (v1). Immediately her deep grief is intensified. Her assumption? Someone has taken the body of Jesus. She races back to Peter and John and shares the dreadful news(v2). Both these guys run to the scene of the crime (v3). I love the eyewitness account, both are running but John beats Peter to the tomb (v4). Then John tells us what they saw. v5 we read John gets to the tomb first. He doesn’t enter but looks in from the outside and sees the contents of the tomb, just strips of linen. There is no body. v6 Peter arrives at the tomb, pushes past and bursts in and he sees that the grave clothes just lying in place – that is they are located where you’d expect to see them except the body is missing (v7). The body was not stolen otherwise the grave cloths would be gone. Or piled up on the floor. Finally, John goes in, and we read that he saw and believed (v8). Because of the physical evidence he believed that Jesus had risen from the dead. Seeing is believing. I was in Jerusalem a number of years ago and while there I visited the garden tomb. I lined up for more than 20 minutes or so to look inside the claimed tomb of Jesus. When I finally got to the door of the tomb I went in and looked around. You know what was there? Nothing. It was empty. Actually, exactly what I expected. But on the first Easter, everybody in this account are looking for a dead body. There is no expectation that Jesus would come back to life, that the tomb would be vacant.

v9 says that, they still did not understand from Scripture that Jesus had to rise from the dead.

That understanding from Scripture will come later. But for now John believes not through revelation but through observation – he saw it, he is an eyewitness. Seeing is believing. For John faith is not blindly following, but seeing and believing. Seeing is believing – but where does that leave us? The two disciples head back to where they are staying (v10) but the narrator stays behind, and he keeps us …

Mary is there, in the garden, outside the tomb and she is crying (v11). Earlier in his ministry Jesus had restored Mary. She had sinned much, she had been forgiven much, and she loved much. Her heart was in deep anguish she has lost a dear friend. At its very heart discipleship is a personal relationship with Jesus. As Mary is weeping she looks in the tomb and sees two angels clothed in white sitting like bookends where Jesus body had once been (v12). The angels ask Mary, “why are you weeping?” (v13) I’m asking why isn’t she trembling or screaming? Why isn’t Mary struck by the appearance of the angels? Maybe she is so distraught with the death of Jesus and the missing body that she is numb, nothing will get through. For us the presence of these divine messengers is further proof. These are messengers from God, this is is a work of God. Mary says to the angels, “Someone has taken the body of the Lord and I don’t know where they’ve put him” (v13b). Again, There is no doubt about the death of Jesus. There is no expectation of the resurrection. There is deep sadness due to significant loss and confusion about the absence of the dead body. Mary then turns away from the tomb. Maybe one of the angels motioned for Mary to look behind her? Maybe. But when she turns she sees Jesus standing there, though she does not recognise him (v14). I had a similar experience the other day. A guy saw me and was calling out and waving. I did not recognise him. I was looking behind me to see if he was waving at someone else. Getting embarrassing. But as it turned out he was someone I knew, just completely out of context and his appearance had changed. It took me a while process and to recognise him. Mary is not expecting to see an alive Jesus. She is looking for a dead Jesus. Out of context. Completely not expecting to see Jesus standing in the garden? But then Jesus speaks her name, “Mary.” Instantly she recognises Jesus’ voice, cries in delight, “Rabboni” and grabs hold of him. If you have a daughter you’ve probably experienced the sort of joy filled reaction that follows, arms tightly wrapped around your neck. If you are a daughter keep giving your dad hugs, we love it. I love hugs from my sons as well. Mary not only sees the tomb. Which is kind of crowded but there is no dead body in it. She sees and hugs the risen Lord Jesus. She has seen, and talked to and touched the Risen Lord Jesus. And she believes. Seeing is believing but where does that leave us? Mary goes to tell the disciples. And that is where the narrator takes us …

It is the evening of that first Easter Sunday and the doors are locked because the disciples are afraid of the ones who had Jesus put to death. Despite the locked doors Jesus came and stood among them and said, “Peace be with you!” (v19) I wonder if they jumped? John doesn’t tell us but he does tell us what they saw.

v20 After he said this, he showed them his hands and side. The disciples were overjoyed when they saw the Lord.

Seeing is believing. It really is him, bodily raised from the dead, scars and all. Every scar has a story. When I was a young fella I thought a facial scar would really add to my look. Don’t really know what I was trying to achieve; but I do know that I didn’t want the pain of that scar and I remember wondering if I could get it done under anathestic. Problem is that I probably wouldn’t have the story. Every scar has a story and Jesus shows his scars and tells his story. The peace Jesus offers his followers is peace with God and that peace has come via those scars. Paying the price by taking the place of all who believe and spilling his blood so that the debt of sin is paid and God’s anger at rebellion extinguished. The effect of the resurrected and revealed Jesus among his disciples is one of transformation. They see the risen Lord. They believe. They are transformed from grief to joy. They are transformed from fear to peace. In a week’s time Jesus will give a repeat performance (v24-29). At first it seems like this is just for the benefit of Thomas. He wasn’t there the first time. When he heard the reports of the disciples he could not believe it. In fact he is famously quoted as saying,

v25b “Unless I see the nail marks in his hands and put my finger where the nails were, and put my hand into his side, I will not believe.”

Unless I see I cannot believe. Jesus says,

v27 “Put your finger here; see my hands. Reach out your hand and put it into my side. Stop doubting and believe”

And Thomas does… he sees and believes.

Thomas transforms from questioner to worshipper, from doubter to believer. And again John’s repeated refrain, Seeing is Believing, is affirmed. But here’s the rub. Jesus confronts the one who declares that unless they see they will not believe. He presents absolute proof. Then he says, “Stop doubting and believe.” It is as if Jesus is now looking out of the pages of the Bible directly at you and me and he says, here is the eyewitness accounts, the Words of God, here is the unfolding plan of salvation … Stop doubting and believe. Turn from questioner to worshipper, from doubter to believer. This is where blessing is found.

John 20:29 Then Jesus told him, “Because you have seen me, you have believed; blessed are those who have not seen and yet have believed.”

For John as an apostle, an eyewitness, seeing is believing. But for us faith comes through hearing.

John 20:31 these things are written that you may believe that Jesus is the Messiah, the Son of God, and that by believing you may have life in His name.

As far as I’m aware DOMO isn’t really a thing, but if it was, Sarah wouldn’t have it, she got her tickets. February next year Sarah and a significant other will be enjoying Ed Sheeran live with a few thousand of their closest friends. DOMO avoided. This too is the message of John, DOMO avoided. For us faith comes not through seeing but through hearing. Let’s be hearers and speakers and readers and inviters; So that others too may be blessed. Later the apostle Peter writes …

1 Peter 1:8-9 Though you have not seen him, you love him; and even though you do not see him now, you believe in him and are filled with an inexpressible and glorious joy, for you are receiving the end result of your faith, the salvation of your souls.

Blessing comes to those who though they have not seen yet still believe.